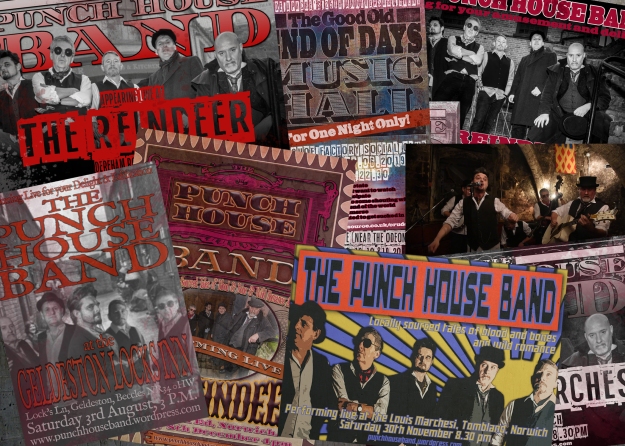 We thought we’d drop you a line to let you know what’s been going on in the Punch House Bar over the last few months as well as letting you know what we’ve got coming up.

It’s Been a While…

We’ve had a busy old 2019 what with one thing and another. Since we last communicated we made our debut appearance as a part of “Head Out Not Home” Norwich City Council’s programme of summer street entertainment.  This was in July on a gorgeous evening at the Riverside performance site, just in front of the Odeon Cinema. We had a corking time and many Bandinistas came along which made us feel entirely at home.

At The Beer Festival

We’ve played any number of other gigs since then, including return dates at two of our favourite venues, The Reindeer and the Louis Marchesi in Norwich as well as The Locks Inn at Geldeston and of course the Norwich Beer Festival for the fourth time. We love playing the Beer Festival,  and this year went as swimmingly well as all our previous appearances; there is nothing quite like leading a massive hall full of people in a rousing chorus of Hev Yew Gotta Loight Boi for warming the cockles of your heart.

As I write we’ve just put our last gig of the year at the Louis Marchesi behind us, and what a fantastic night THAT was, we don’t think we’ve ever seen the Louis so full! Now we’re getting ready for another Sunday afternoon show at the marvelous Reindeer pub on the 8th of December, another venue where we are always made welcome and where a good time is had by all. The food at the Reindeer is very tasty so it might be worth getting there early, having a slap-up Sunday roast and then staying on to see us; we generally kick off around 4pm. Just and idea. 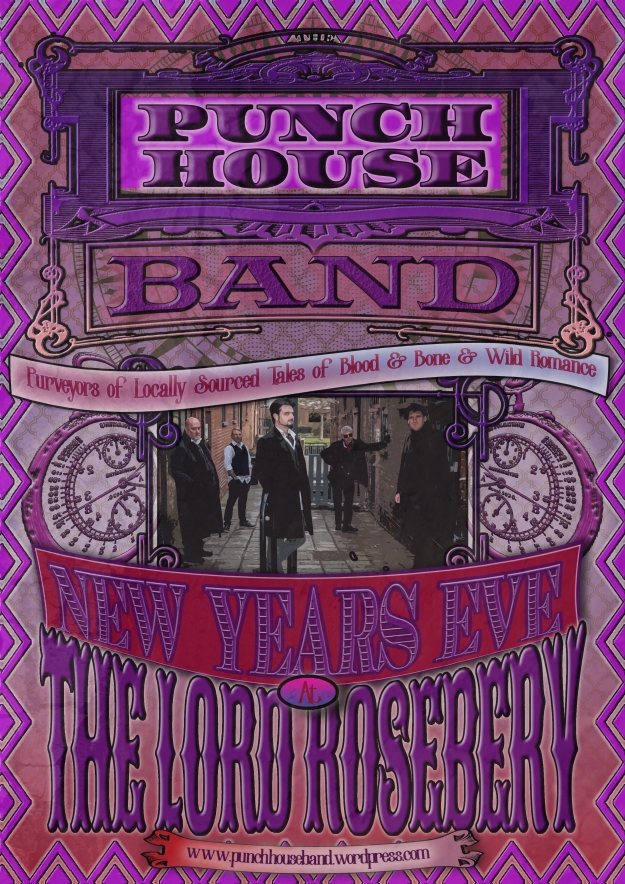 …or Old Years Night as it’s often referred to round these parts. We’re looking forward to finishing off 2019 and kick-starting 2020 with a special New Year’s Eve gig at The Lord Rosebery (94 Rosebery Rd, Norwich NR3 3AB) where, in a special extenMoreded show, we’ll be playing all your favourite songs and giving the place a proper Punch House party with some surprise seasonal numbers and a mystery guest artiste. The Rosebery, sister pub to the excellent Golden Star, is a lovely, friendly pub which would be worth a visit even if we weren’t playing there but the perfect storm of this great venue, the PHB and the chance to see off 2019 with a party is almost unbearably unmissable. For more info the Lord Rosebery has a Facebook page here or you can ring them on 01603 414284. We’ll put more details on our social media wossnames nearer the time if necessary.

January next year will see us teaming up with not only the Crude Apache Theatre Company again but also The Maddermarket Theatre in Norwich for a revival of “At the Turning of the Tide”. 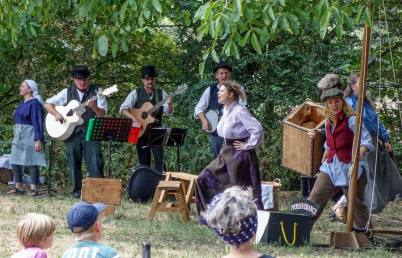 The Punch House Band in At the Turning of the Tide

Jet Set George at the Whiffler 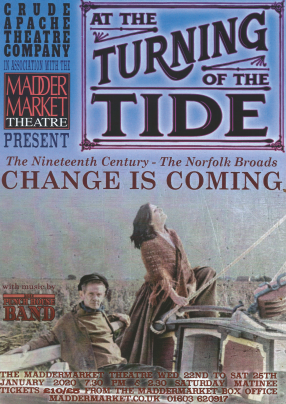 accompaniment for an outdoor version of this play about the Norfolk Wherries in the nineteenth century. Indeed we continue to play two of the songs from this show to this day, those being “The Wherryman’s Wife” and “At the Turning of the Tide”. This time we’ll be fulfilling the same function in an extended, version of the piece rewritten especially for this five show run at The Maddermarket. It’s a beautiful venue and a perfect setting for the play which will feature three new songs as well as those that were so well received a couple of years ago. The dates are Wednesday the 22nd to Saturday 25th of January 2020, including a matinee performance on the Saturday and tickets are £10/£5. You get your tickets from the Maddermarket box office (maddermarket.co.uk, tel 01603 620917).

So there you have it; hopefully we’ll see you at one of our gigs but if we don’t here’s wishing you a merry Christmas and a happy new year!